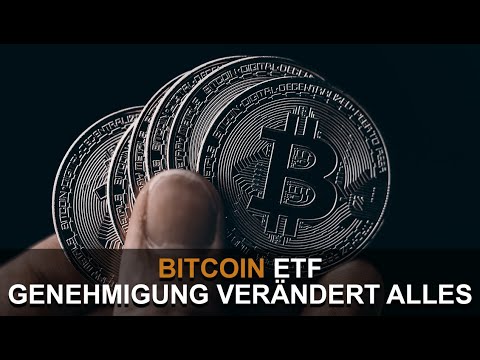 Cryptocurrencies plunge for the week with Bitcoin still below USD$6,550, forecasters project 54% per annum growth in the Cryptocurrency ATM industry over 5 years and Coinbase explores launching a Bitcoin ETF with BlackRock

What's next for bitcoin

Here's a brief list that's just a fraction of the positive news. Does anyone have anything to add to the list or any suggestions on things to change?
Future
Videos that really explain where we are headed

Bitcoin - The next 12 months

Can anyone help me with some updates or suggestions for items to add to this list?
Completed
Future

Cryptos are gonna attract immense amounts of capital, and one consequence will be that the number of cryptos that prosper will be much greater than we thought even just weeks ago. But what might the specific reasons for adoption be? Well, that subject came up in discussion among us IndiaMikeZulu guys; and I found myself clumsily categorizing those reasons:
Hyperinflation (which I’ll class as ‘political’) Demonetization (political) Capital controls (political) War on Cash (political) Anti-Government sentiment (political) Remittance (economic) Crypto-as-payment-method (economic) Partnership-with-legacy-banking-system (economic) Special Bonus Category One: Eurozone disintegration (political) Special Bonus Category Two: increase in smartphone use (technological)
Hyper-inflation: the statistics seem a bit haphazard. However, Venezuela has 800% inflation; South Sudan’s rate is apparently over 400%; and Syria, Suriname, and Argentina are all over 40% -- which is definitely ‘on ramp’ to hyper-inflation. [http://www.tradingeconomics.com/country-list/inflation-rate ]. South Sudan’s hyperinflation may not shake the world, but Argentina’s economy is around the sixtieth-largest in the world, and Argentina’s population is 43 million. Hyper-inflation is considered by CrazyPants.com journalists to be the ultimate economic problem, so this reason for adoption isn't going away anytime soon.
Demonetisation: http://www.visualcapitalist.com/global-war-cash/ Norway, Sweden, Denmark, Belgium, France, the U.S., Kenya, South Korea – the list is long and heavy duty. And India? One might almost think that the Indian government is secretly on our side!
Capital Controls/bail-ins (yes, the categories overlap): consider China, Cyprus, the Ukraine, and India. All have imposed capital controls, and in each case it boosted crypto adoption. Note: very few folks know just how many nations have already legislated for bail-ins. That is, the powers that be obviously intend to increase the use of capital controls.
War on Cash: governments are gonna herd people to a fork in the road. People will then either acquiesce, and go down the path of all-electronic-fiat; or they’ll refuse/resist. Some resisters will go to bullion – but there are limitations there. Others will go to cryptos. One thing is worth noting: many of those who do resist are libertarians; and if they do decide to adopt cryptos, they’ll do a good job of it.
Anti-Government Sentiment (yes, the categories overlap): The first ‘political cryptos’ – Freicoin, Maza Coin, even the ‘country coins’ – fared poorly because the citizens of Planet Krypto forget to connect them to the outside world; but that was then, this is now: http://www.coindesk.com/palestinian-government-bitcoin-currency/ The Eurozone isn’t the only entity set to disintegrate. The era of Ever-Larger-Bureaucracies is over, and it’s easy to see how dissident groups of many types might find cryptocurrencies attractive; and I was amazed at the number of these movements that exist: https://en.wikipedia.org/wiki/Lists_of_active_separatist_movements Note again that such adopters will be highly motivated to use cryptos as currencies.
Remittance: ‘ . . . bitcoin powered remittances now account for 20% of the Asian remittance corridor between South Korea and the Philippines.’ https://bravenewcoin.com/news/bitcoin-remittances-20-percent-of-south-korea-philippines-corrido
Wikipedia lists 15 major remittance nations. The Philippines (with its 20%) is at Nos. 3. These guys -- https://www.javelinstrategy.com/coverage-area/bitcoin-and-global-remittance-market -- claim that the industry involves a half a Trillion bucks a year.* And what IMHO should equally interest us is the potential here for creating ‘trading loops’ in the countries that the cryptos are being sent back to. Thus, an Indonesian maid in Saudi could send crypto to her mum’s smartphone, and her mum can use that crypto to buy stuff right there in their village!
Crypto-as-just-another-payment-method (economic): this angle has been well considered. One thought, though: we all recognize the crazy range of nations’ regulations concerning crypto currencies. We all know that the recalcitrant nations will end up with egg on their faces – imagine that some nation had banned emails in 1980, and stuck with the ban! So, the more crypto-positive nations will soon be siphoning wealth out of the less crypto-positive nations, and us GRS guys wanna make sure that, somewhere somehow, some adoption project is based on GRS.
Partnership-with-legacy-banking-system (economic): if cryptos are in any way popularised by being adopted by the legacy banking-system – a la Ripple in Japan -- so be it. Ditto with Government e-fiats. Ditto: https://www.cryptoninjas.net/2017/05/08/ira-financial-group-introduces-cryptocurrency-ira-tax-deferred-gains/ Ditto: http://www.marketwatch.com/story/heres-one-easy-way-to-get-exposure-to-bitcoin-ahead-of-the-winklevoss-etf-2016-08-29
Special Bonus Category One: Eurozone disintegration: it will be The New Fall of The Roman Empire, characterized by all manner of events that will reveal the worthlessness of banks and governments, and thereby the value of cryptographic currencies.
Special Bonus Category Two: ‘ . . . smartphone ownership rates in emerging and developing nations are rising at an extraordinary rate, climbing from a median of 21% in 2013 to 37% in 2015.’
http://www.pewglobal.org/2016/02/22/smartphone-ownership-and-internet-usage-continues-to-climb-in-emerging-economies/
Practically all cryptos now have android wallets. They are better wallets than they were. More people have smartphones that can run those crypto wallets. More people know of and are prepared to use crypto currencies. More people are available to help others adopt via cryptos. Niiiiiice!

2015 A year of Destruction, Growth or Moon. Let's see how everyone's predictions from the beginning of the year panned out!

Well, it's been a tumultuous year. But let us reflect and find out who was right, who was wrong, and who is poor. Since I'm banned from the old sub I can't post there so I'm doing it here. The old thread https://np.reddit.com/Bitcoin/comments/2qz6vb/2015_a_year_of_destruction_growth_or_the_moon/ contained some pretty good predictions. I myself made some pretty thorough, and specific predictions to add some spice, I offer a copy here for everyone to critique, so let's see how I went...
Here's my predictions post from the beginning of the year https://np.reddit.com/Bitcoin/comments/2qz6vb/2015_a_year_of_destruction_growth_or_the_moon/cnb1h28:


Well, my 2014 prediction https://np.reddit.com/Bitcoin/comments/1ty17h/2014_predictions/ced5iry was pretty obvious and a bit boring so I'll try to be a little more creative this time around. I'm going to spice it up with several predictions just to make it interesting. Keep in mind this is purely speculative prediction.
Controversy Front:


Nailed it.
Kinda nailed it? Banks certainly are on the doorstep of doing stuff like this, Ukraine etc. and "blockchain" technology certainly is big right now. I may have been a little early though.
No dice, seems that these little piggy banks are not ripe enough for acquisition just yet....


Sorry guys, dropped the ball on this one. My prediction is bad, and I should feel bad. Though the sliver lining is that countries and states are definitely building legal frameworks to accommodate Bitcoin, and other cryptos so it wasn't a totally bad prediction, just the bitlicense bit.
sigh... On the upside GBTC is going swimmingly and at least the Winklevii have their Gemini exchange up and going. God knows when their etf is ever going to fly though.
Called it.


...The ATO will start pursuing people that conduct business in Bitcoin without declaring tax as tax evaders and will waste money and resources pursuing individuals/businesses that don't disclose Bitcoin commerce or retain the double GST for Bitcoin related sales. Ironically the cause of this this will be the result of their own idiotic rulings in the previous year. The ATO will be left red faced, and some Australian politicians will begin to craft legislation to recategorise Bitcoin as a currency, as it should have been originally.


Ok that didn't quite happen AFAIK there's been no crackdown, but I do remember that senate hearings or meetings were in place to legislate the legality of Bitcoin as a currency. I guess time will tell.


Still not there, but the number of other hardware wallets has definitely increased substantially, with even more on the horizon so here's hoping that next year we'll see ubiquitous and universal compatibility among more hardware wallets.


If only, sidechains was not the star this year, and we all know why too...
FYI, there was absolutely ZERO noise about the block increase when I made this prediction, so I'm going to say that I nailed the specifics, but I obviously was NOT prepared for monumental clusterfuck shitfest that Blockstream, Core and their little cliquey circle was going to unleash onto the general community. Nor did I anticipate how the miners would reel in horror at what should have been fairly straightforward upgrade that even now, seems quite rational and acceptable. It's obvious now that there was a huge amount of hidden resentment and resistance to any block increase by many devs and other members in the community, so in retrospect the years of stalling makes far more sense now. At the very least I'm just glad their true colors are out in the open for everyone to see, rather than hidden behind excuses, lies, and half truths.


Another missed opportunity. At least OB is still going strong and hasn't fizzled like some other projects. Keep up the great work Open Bazaar devs!
Nailed it. :) For people that don't agree, all I have to say is this, "blockchain technology" ;).
I guess I far too optimistic :), looks like these dinosaurs still have some fight in them left. Though Europe and the Greek crisis did almost happen, so I only just narrowly missed calling a huge financial catastrophe this year. Doesn't mean it isn't going to happen, just not this year I guess.


And finally, price:
Goddamnit. Oh well, I guess it's understandable now that the blocksize issue has been completely blown out of proportion and turned the entire ecosystem on it's head.


All in all I think I did pretty damn well considering. I reckon if the move to increase the blocksize had gone according to BIP101, we would have seen a far more positive end of year though. The controversy has almost certainly taken the wind out of the innovation sails so to speak as it's clear in my predictions that I expected things to have moved along far more than it has.

http://bitcoin-informant.de/2020/09/23/976-bitcoin-etf-zulassung-rollenspiel-treibt-litecoin-transaktionen-dark-overlord-verhaftet Hey Informanten, willkomme... Bitcoin so sicher wie nie verwahren - https://amzn.to/2JVWhkD Alle 60 min kostenlose Bitcoins bekommen - http://bit.ly/2XeWKX3 -----Mehr inter... Bitcoin so sicher wie nie verwahren - https://amzn.to/2JVWhkD Das Must-have für alle Bitcoin Fans - https://amzn.to/2ZfQRbp -----Mehr interessa... Tune in and find out the latest Bitcoin news and the latest crypto news from today! Sunny Decree Lawsuit Video: https://www.youtube.com/watch?v=gw4kgPv5874 ... Big News at the moment is the Bitcoin ETF. What is it actually? What does it mean? How will it influence markets and prices? In this video I quickly look at ...